No to Olympic karate

Unfortunately karate after Tokyo is out of the Paris 2024 Olympics, the final decision was sanctioned by the French organizing committee, and ratified by the IOC.
The management of WFF-Sport is saddened and determined to assert its reasons for the inclusion of karate in the Olympic Games.
It was a presumption on the part of the World Karate Federation (WKF) to represent world karate alone, we all know that there are other authoritative world federations, and the World Fudokan Federation (WFF) headed by founder Sensei Ijlie Jorga, I believe. that it is the only one to have and practice traditional-sport-contact karate at 360 °.
We hope that in the future there will be more dialogue between world karate organizations, with equal dignity and opportunities, only in this way can karate have an Olympic future. 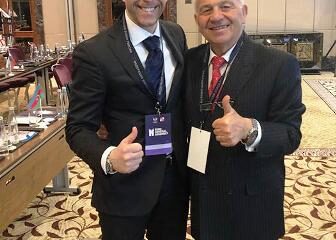 Gabriele Martelli Would you quit the life of an entrepreneur if you had the chance? Are you running a business and do you feel more and more unmotivated in doing so with each passing day? Read more…

Any cookies that may not be particularly necessary for the website to function and is used specifically to collect user personal data via analytics, ads, other embedded contents are termed as non-necessary cookies. It is mandatory to procure user consent prior to running these cookies on your website.